If your contact center receives at least one day 300 messages from customers to agents (input messages) you will receive the following Monday and the first day of the following month a report like this: 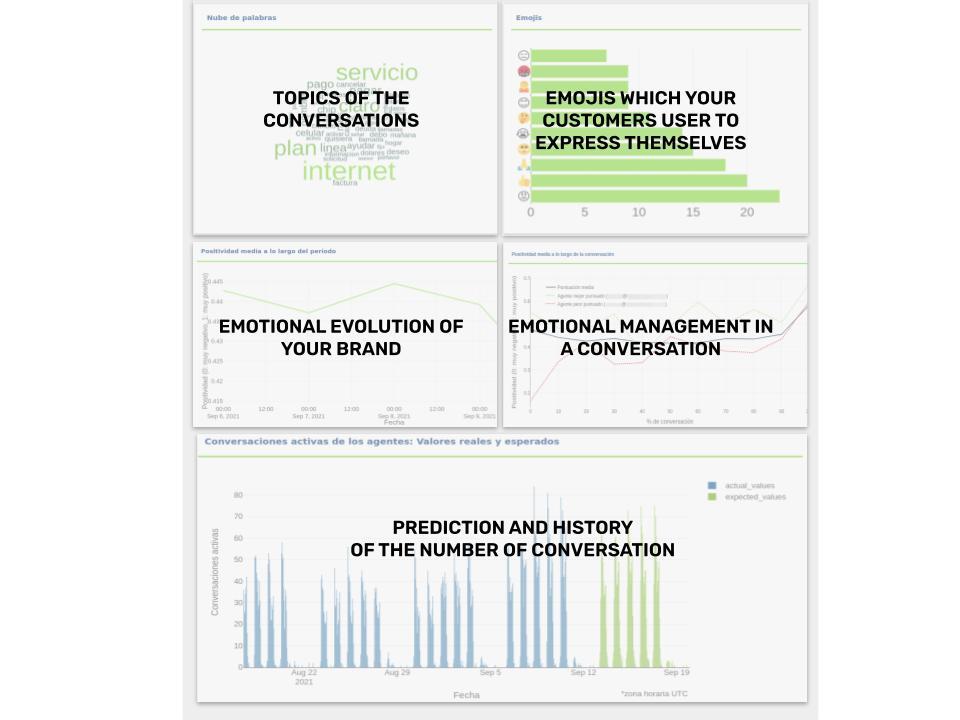 TOPICS OF THE CONVERSATIONS

* How it works
Once a week/month, the most used words that are displayed in the form of a cloud are selected. The larger the size of the word, the greater the frequency with which it appears in conversations.

* What is it for?
We can observe the words that customers use when communicating through the contact center to detect topics of interest, reasons why they use this channel to communicate with the brand. It can indicate if there is an incident with a specific product or if when launching a new service it generates many conversations to resolve doubts.

EMOJIS WITH WHICH YOUR CUSTOMERS EXPRESS THEMSELVES

EMOTIONAL EVOLUTION OF YOUR BRAND 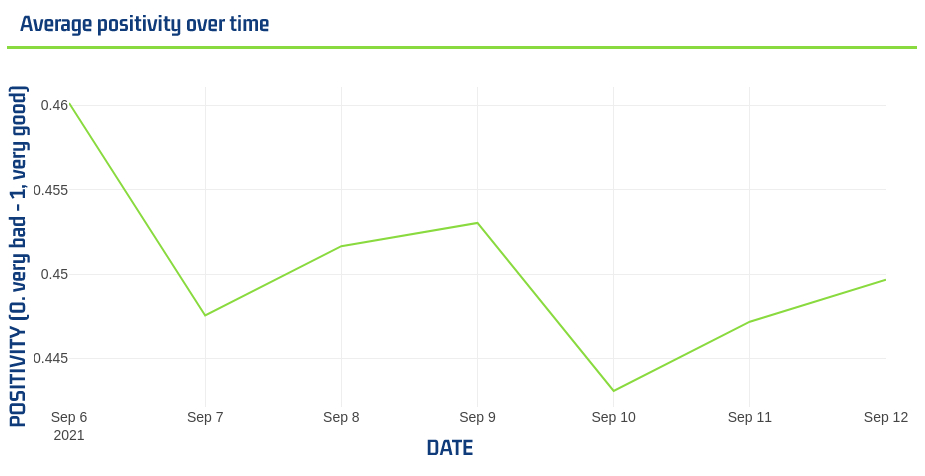 Average positivity throughout the conversation

EMOTIONAL MANAGEMENT IN A CONVERSATION

In the normal course of a conversation, positivity can be expected to fall at first, as the first message is usually a greeting to the agent, followed by an exposure of the incidence or doubt, usually of a more negative nature. Towards the end of the conversation, on average, positivity increases, especially when the reason for the query is resolved and the user says goodbye with a thank you message.

This analysis, for greater detail, is broken down into a global average, which includes all the conversations of all agents. In addition, for each agent, the average positivity of the messages it has received is extracted and, thus, it is estimated which are the agents with the best and worst performance, which are represented with a green and red dotted line, respectively. With these three lines, an idea is given not only of the general performance of the contact center, but also of the degree of deviation between the performance of different agents.

This graph shows the efficiency of agents through emotions in a conversation. To be able to evaluate an agent, more efficiency measures must be evaluated than this. This graph is not taking into account the number of issues the agent is resolving or the difficulty of the conversation.

PREDICTION AND HISTORY OF THE NUMBER OF CONVERSATIONS