To verify that the integration was successful, do the following: 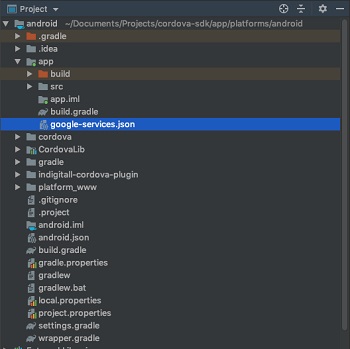 If you use Ionic & Capacitor you better implement our Capacitor SDK and then you can avoid all these modifications:

In case of integrating with Ionic and / or Ionic capacitor, the integration is done in the same way, only the mode of instantiating the plugin changes, for example the init would be as follows:

In the case of Android, it may not find the google-services.json configuration file in the root of the project, so in that case it will give you an error trace with the correct path, which is The next:

For iOS, the following method must be modified from the indigitall-cordova-plugin/src/ios/AppDelegate+indigitall.m file: